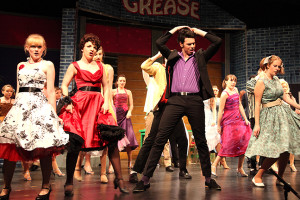 Rizzo & Danny at the Prom

The journey from Ancient Egypt to Modern Grease was never going to be an easy one, with the much more age-specific demands of the latter show being tough to meet with a young cast. Nevertheless, Young Gen rocked and rolled, and shimmied and shook, giving a multi-generational audience an enjoyable night out at the Civic Theatre. Henri de Lausun was a good-looking Danny and showed both strong vocals (especially with Alone at the Drive-in Movie ) and acting skills as the, alternatively, bad boy in the gang and love interest for Sandy. Natasha Newton was even more Jekyll and Hyde, playing the bland Sandra D in Act 1 and strutting her stuff as the sexy Sandy in Act 2. Hopelessly Devoted was good but I confess to preferring the raunchier duet You’re the one that I want. Sandy’s Pink Lady friends worked well as a team and the Freddy My Love number was strongly delivered, fronted by a very confident Sophie Walker as Marty.  I would have preferred a tighter grouping in that bedroom scene since I was sometimes struggling to see Marty and backing group in the same eye gaze but that is only my preference.  Tamara Anderson’s Rizzo had great attitude and sang There are Worse things I Can Do with both power and pathos. Alice Catchpole’s Jan was wonderfully kookie throughout and the duet with Edward Bonney’s Roger was delightful. The latter also captured the essence of the slight outsider during the weapons scene with the rest of the gang.

The gang of boys, including Roger above, gelled very well and the chemistry between them in the all-male dialogue scenes was good. Greased Lightning, always an audience favorite, was well sung by Ben Wilton as Kenickie and it was good to see the whole male chorus get involved in this number, even Eugene, nicely nerdily characterised by Jack Toland. Doodie was lovably and endearingly played by Charlie Toland as was Patty by Jessica Higgins. The smaller roles were also nicely played but in particular Elliott Elder raised a storm with the Hand Jive, Samuel Wolstenholme was a delightfully OTT Teen Angel and Kathryn Peacock brought elegance and sophistication as the female singer in Act 2. Full marks to Yvette Faris for entering into the spirit at the Prom – I don’t think Miss Lynch usually flashes her knickers!

All in all an enjoyable evening but one in which I thought the ensemble could have been even more involved than they were, especially given the huge stage to fill.

Chelmsford Young Generation is a music and drama society (charity registered) for young people aged 8 to 18, established in 1968. Boys and girls work with professional directors to perform two shows each year at the Civic Theatre and the Cramphorn Theatre in Chelmsford.

This Area is Widget-Ready

You can place here any widget you want!

And thanks to Divi Widget Builder (by SJ James) you can add any module or layout from Divi Library. 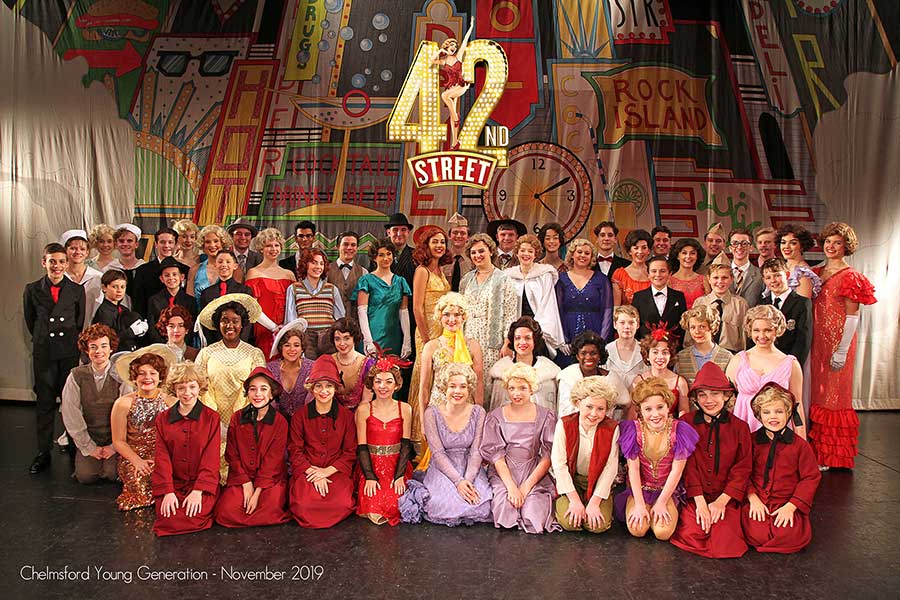